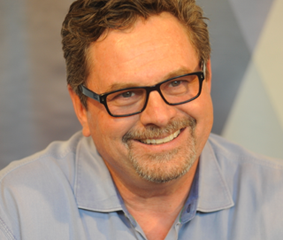 Join APA and two of the most widely known, successful directors in Arizona as they talk about their careers, their projects, their directing styles and how they grew from beginning filmmakers to the busy, working pros they are today – Randy Murray of Randy Murray Productions and Cary Truelick of True Story Films!

Whether you’re fresh out of film school and dreaming of being the next Steven Spielberg, have a few projects “in the can” or are already fairly established, this workshop is for you! Or maybe you’re a grip, DP, camera operator, or makeup artist wondering what directors want and expect from the crew they hire. Even if you’ve never uttered “But what I really want to do is direct …” if you work in production in Arizona, then this workshop is for you!

Cary and Randy will share insight into their creative processes, including:

Since Randy and Cary are also both producers, if time permits, they’ll discuss the producing end of the process:  Producing skills that relate to their success, how they approach a project as a Producer, and the main differences between directing and producing.

Part of the day will include a panel discussion with moderator Bill Garmen, and a Q&A period with attendees.

As an added BONUS, we’re hoping to play clips from some of their projects!

Don’t miss this exciting opportunity to hear from two of the busiest pros in town.

The workshop is FREE for APA Members; $20 for Non-Members in Advance; $25 at the door (Cash only). ALL attendees are asked to RSVP so we can plan for space and snacks.

VISIT:  https://www.brownpapertickets.com/event/4323163 and get YOUR ticket today!