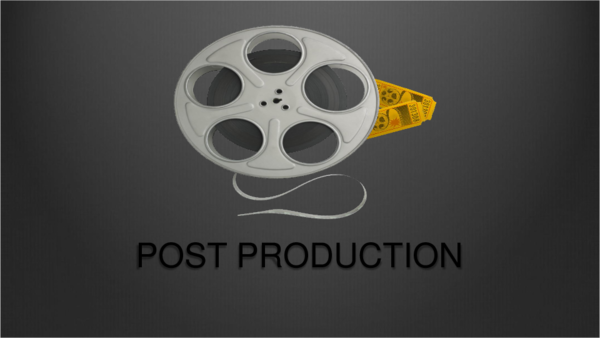 If the word "post" doesn't always refer to social media in your world, chances are you're in production. Which means you've either said or heard "fix it in post!" But what REALLY happens after production calls "wrap"?

Each speaker/instructor will give a 20-minute presentation followed by a Q&A with attendees, following by a group Q&A with all of the speakers after the final presentation. Presenters include:

MISTY WILSON - Misty is a Video Editor and Motion Graphics Artist with experience on Feature/Short Films and Documentaries as well as Commercials, Company Brand Profiles, Explainer Videos and Digital Marketing pieces. She has been working as a freelance artist in the Valley since 2007, is currently Lead Editor for Quantum Leap Productions, and currently serves on the APA board. misty@mistyedits.com

PAUL DeNIGRIS - The owner of FoxTrot X-Ray, Paul is an award-winning filmmaker and visual effects artist with two decades of experience in making moving images for screens both big and small. The founder of the visual effects company Foxtrot X-Ray, for nearly 20 years Paul has also been an undergraduate educator. Many of his former students can be found in Hollywood, having worked on some of the biggest entertainment properties of the last decade, such as "Game of Thrones," "Stranger Things," "The Walking Dead," "Avatar," "Frozen," the Marvel Cinematic Universe, "Star Wars" and many, many more. Paul is currently a Post-Production Instructor in the New American Film School at Arizona State University. Reach him through his websites: https://foxtrotxray.com/ and http://www.pauldenigris.com/ or by email: pd@foxtrotxray.com.

ABBOTT MILLER is the owner of AMP Studios in Phoenix. He has been mixing projects since 1998. Re-recording mixer for Film, TV, Documentary, Corporate / Commercial and Radio. He's worked on all types of projects from The ASU Sun Devil Sparky stadium intro to non-profit and commercial jobs to award-winning docs and films. With over 30 films to his credit, his most recent film released on September 1, 2020, went to the #1 movie spot in America for two weeks straight. Titled "The 2nd," the film stars Ryan Phillippe and Casper Van Dien. Find info on other current projects on Facebook: https://www.facebook.com/pages/AMP-Studios/104216632951346 or Instagram at: https://www.instagram.com/amp_studios_az/

TOM J. McCOY is a director and colorist from Phoenix, AZ. While I started my filmmaking career as an editor, I've grown to want to create my own work, writing and directing. As a director, I have not always had the luxury of a post team, so I've grown to wear many hats over the years. My love for color and working with DPs has increased year over year, always trying new looks and styles with every project. I've learned that color is the key to mood and can drastically change the context of any scene. I'm looking forward to talking about my process and I hope it can open the eyes of some who may not be as familiar with the vast world of color.
Website: www.tomjmccoy.com; email: tomjmccoy@live.com

The workshop is FREE FOR APA MEMBERS, but registration is required so you can get the Zoom link. If you're a member, register HERE.

The fee for non-members is only $25. If you're NOT an APA Member, please purchase your ticket HERE.

We hope you can join us for these post pointers from the pros!