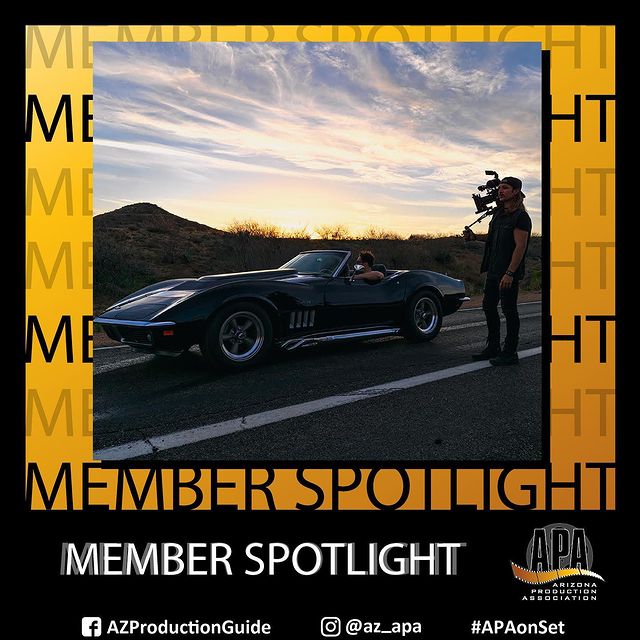 What is your professional background (major job positions you've held and where)?  I began as an actor, earning my SAG card by age 8, AFTRA by 12 and AEA by 19. I’m the former network voice of Fox Sports Proper (Los Angeles), part of the Transformer’s franchise, and have completed over 7,500 sessions as a voice actor for top brands and networks, including McDonald’s, Fandango, CW and CBS.

Five years ago, I set out to tackle the production workflow earning my DaVinci Resolve Certification, Arri Certification through Munich, Germany and became part of the first ASC Masterclass for commercial and music video DP’s. I’m a Red Monstro and Hasselblad X1DII Owner/Operator.

How and why did you start working in production?

I was raised in the Entertainment Industry but left home at 17 and 3 months. I didn’t have the capitol to invest in filmmaking that’s why I started as an actor, which lead to voice acting. Then, over the years I began to invest in myself and build my craftsmanship as a Director of Photography. My end game was always to become a filmmaker. It’s taken me a long time to connect the dots.

What are some of the favorite projects you’ve worked on?

I signed a 16-year contract with the Transformer’s Franchise as the voice of Autobot Evac on ‘Transformer’s the Ride 3D’ over a decade ago. I worked alongside two of the VPs at Universal Studios. The project was directed by Michael Bay. It was the first time I was part of a creative team with a production budget of over 120 million. They approached things differently. It helped lay the foundation for the way I empower my clients now.

Why should people film in Arizona? It’s beautiful, cost-effective and has room for the organic creative energy we all need to do our best. My slogan is ‘Find You’. This is a great place to do just that!  This photo was taken on the set of my recent commercial shoot for ‘Free People Clothing Brand.’

Want to be featured in a Member Spotlight? Just send in your info and a photo. Details HERE.