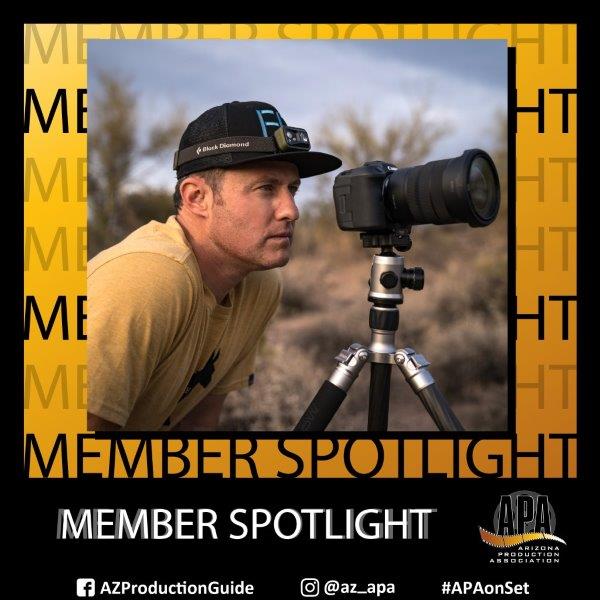 I always have had a passion for cinematography and photography before and after film school. I worked side hustle photography and film production jobs while holding a corporate position for years and then finally dove all in establishing Flying Robot in 2015.

I think Discovery Channel was one of the most exciting and intense jobs. We were shooting for a show called Border Live and I had to wear body armor, with an armed security detail, filming a majority of shots right at the border.

I see so many productions import talent from LA when we have so many talented people in the industry they can hire in state. We also have some of the most diverse landscapes in the country with endless backdrop opportunities. All around we should be one of the go to states right alongside California, Georgia and New Mexico pulling in an extensive amount of production work, we have everything here.